It is not only the Indian Space Research Organisation(ISRO) making all the buzz for its legendary space works, there is another Indian organization whose aim is as high as sky and dream are as big as an ocean. Team Indus, India’s first private aerospace startup is geared up to send a rover to the moon on 28th December 2017. 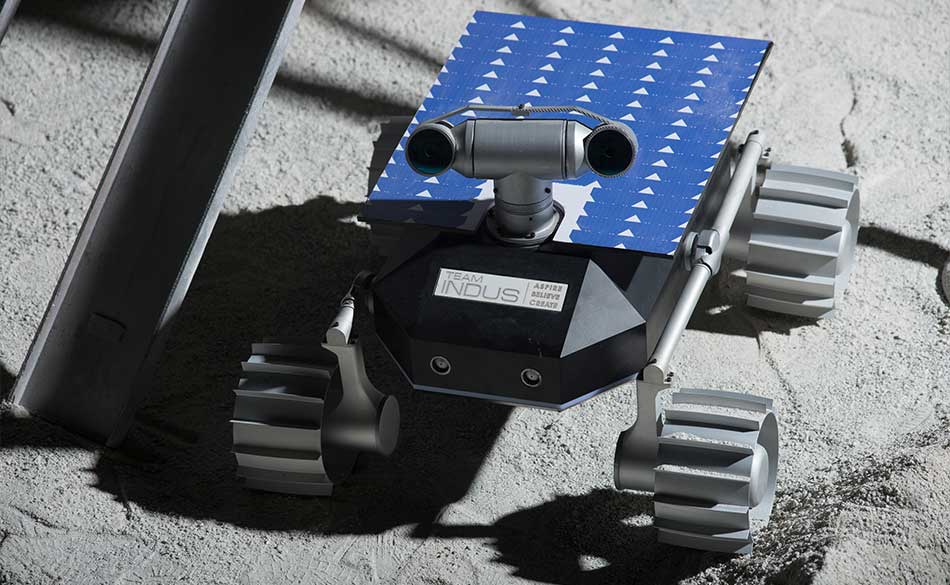 It was all started back in 2010 when Team Indus decided to take part in a space competition called Google Lunar XPRIZE. This competition was started in 2007, sponsored by Google and organized by XPRIZE. The objective of this competition is one has to design and land a robotic spacecraft on the moon surface, travel more than 500 meters and send high-resolution images and videos back to earth. The prize money is set to 30 million US dollar. The first team to do so will earn 20 million US dollar and the second team will earn 5 million US dollar. The teams can also earn additional money by completing some other special tasks such as traveling ten times more than the baseline requirement( more than 5000 meters), taking images of the remains of Apollo program(1962-1971) hardware or other man-made objects. Total 32 teams had registered for the competition, but only 5 teams survived and Team Indus is one among them.

Designing The Launch: ISRO got its back

The Team Indus spacecraft is designed to transport two rovers in the lunar lander from earth’s surface to moon’s orbit. The lunar lander will be responsible for communication and control and it will also absorb the initial impact during the landing process on the lunar surface. Between two rovers, one will compete for the main objective i.e to travel more than 500 meters and transmit images and videos and other will compete for the additional task to win 5 million dollar prize. They have named their lunar spacecraft and rover as ECA ( Ek Choti si Asha- A Small Dream), which weighs about 10 kg.

12 advisors of ISRO will help them achieve the dream of about 100 young engineers of Team Indus. Team Indus is partnered with companies like Flipkart, Tata Telecommunication and 9 more. Team Indus has signed a deal with ISRO for the launch of its spacecraft. ISRO’s PSLV-XL is set to launch the spacecraft on December 28, 2017. They have already won a prize of 1 million US dollar for illustrating their launch procedure to the GLXP. 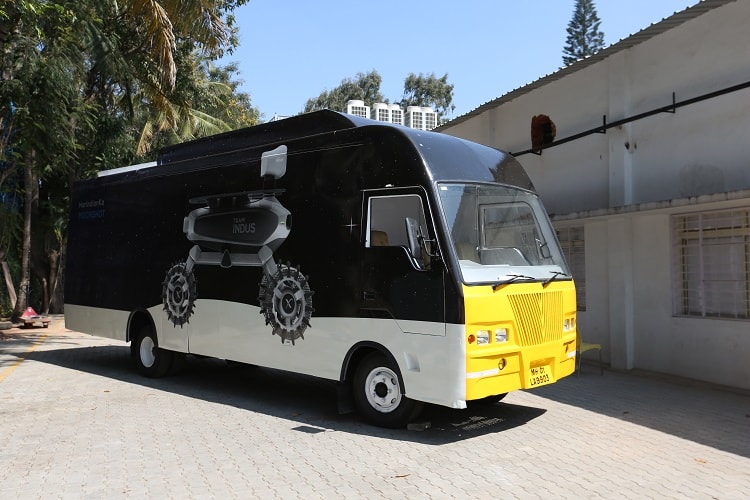 Moonshot Wheels will travel over 12000 km to educate children of Govt Schools.

Recently The Team Indus Moon Mission introduces a bus named Moonshot wheels, a Team Indus foundation program where it will travel over 12000 km across 11 Indian states to educate and inspire the children of Govt. schools about the space exploration and program about the Moonshot.

Other than Team Indus there are 4 other teams who will compete for the prize money. SpaceIL of Israel, Moon Express of the USA, Hakuto of Japan and Synergy moon (International). All of them are set to launch their spacecraft by late 2017. GLXP has already announced a deadline of 31st Dec 2017, failing to launch prior to the deadline will lead to disqualification. It will be interesting to see now which team will reach on Moon first and complete the tasks. Considering the ISRO’s success in launching satellites, it is almost sure that with the help of PSLV, Team Indus will be able to launch their spacecraft successfully on Moon’s orbit. But it will be interesting to see how the landing part of the mission will go because after launching the spacecraft there will be no ISRO to help them out.

If Team Indus successfully completes the mission, then this success will bring more confidence among the young engineers of the country and it will certainly help more startups to join the space war. We will eagerly wait for that day when the ECA will walk on lunar surface, this is going to be a proud moment for all of us.